As more states legalize marijuana for recreational and medical purposes, the housing industry is increasingly looking to embrace it as a building material too, The New York Times reports.
North Carolina boasts the first modern U.S. hemp house, which was constructed in 2010. About 50 homes in the country have since popped up with hemp built in.
Hemp structures date back to Roman times. But now, some builders want to bring it back to their markets, since it’s known for being a fast-growing, sustainable product.
“Mixing hemp’s woody fibers with lime produces a natural, light concrete that retains thermal mass and is highly insulating,” The New York Times reports. “No pests, no mold, good acoustics, low humidity, no pesticide. It grows from seed to harvest in about four months.”
As for the smell? “It smells a little like lime,” says Sergiy Kovalenkov, a Ukrainian civil engineer who has built hemp structures in the Ukraine. “We’re using the stock. You cannot smell cannabis—it has nothing to do with smoking weed or cannabis plants. It’s an industrial agriculture crop.”
To clarify, industrial hemp is not the same as the product that can give you a buzz. It contains only 0.3 percent of the substance THC, or tetrahydrocannabinol.
But builders are finding hemp houses can be difficult to build. Even in areas that have made marijuana legal, developers still often must have special permits to build with hemp. International standards also still do not exist yet for building with hemp or codes that regulate how it should be used structurally or safely.
Source: “High Times Beckon for Using Hemp to Build Houses,” The New York Times (Jan. 29, 2018
at January 31, 2018 No comments:

When You Hire a Realtor, You’re Also Partnering With These 11 Pros

SAN FRANCISCO – Jan. 12, 2018 – Facebook is radically altering the formula that determines what bubbles to the top of people's news feed, part of sweeping changes the giant social network has planned to address growing controversy over the role it plays in people's lives and in society.
Soon, Facebook says you will see more status updates from friends and family that spark meaningful social exchanges – parents discussing what bedtime stories to read to children, a friend seeking advice on places to travel or a newsy article or video on a topic you care about. What Facebook wants you to spend less time doing: passively scrolling through updates on your timeline, reading articles and watching videos, but not interacting with others.
"Recently we've gotten feedback from our community that public content – posts from businesses, brands and media – is crowding out the personal moments that lead us to connect more with each other," Facebook founder and chief executive Mark Zuckerberg wrote in a Facebook post. "I'm changing the goal I give our product teams from focusing on helping you find relevant content to helping you have more meaningful social interactions."
Zuckerberg has been laying the groundwork for making that fundamental shift in all of Facebook's products. He recently told investors he wants Facebook to encourage "meaningful social interactions" and downplayed the importance of how much time people spend there.
That's because the move could come at a high price. Zuckerberg anticipates Facebook's 2 billion-plus users will spend less time on and be less engaged with the social network – including watching videos, a lucrative new revenue stream. But, he says, "if we do the right thing, I believe that will be good for our community and our business over the long term, too."
Pressure has been building on Facebook and its CEO as toxic content flowing through Facebook – the spread of violent live videos, fabricated news articles and divisive messages on hot-button social issues from Russian operatives to influence the 2016 U.S. presidential campaign – has been blamed for ripping holes in the social fabric.
Another sharp wave of criticism has pummeled Facebook – some of it from former executives – who say the company's products exploit vulnerabilities in human psychology to hook people on social media, hijacking their time and attention and undermining their well-being.
Facebook recently acknowledged that some social media use can be harmful to mental health, a backflip for the Silicon Valley company which, until recently, rejected a growing body of research showing that Facebook use can generate negative feelings.
Last month Facebook released its own research demonstrating that when people connect with each other on social media, it has a positive effect. On the other hand, passively scrolling through social media does not.
The concession did not happen in a vacuum. In November, Sean Parker, the founding president of Facebook, took aim at Facebook in an interview with Axios, saying he and other executives created a "social-validation feedback loop" to make Facebook psychologically addictive.
Early Facebook executive and former vice president of growth, Chamath Palihapitiya, also accused Facebook of creating "short-term, dopamine-driven feedback loops" that are "destroying how society works." He later softened his remarks.
Mounting difficulties for Facebook prompted Zuckerberg to declare last week that his personal challenge for the year – which in the past had been visiting all of the states, learning Mandarin and slaughtering his own meat – would be to fix what ails Facebook. A big part of that effort would be "making sure that time spent on Facebook is time well spent," he said.
Facebook constantly tweaks its computer algorithms to maintain interest in its news feed, the company's main attention-getter. 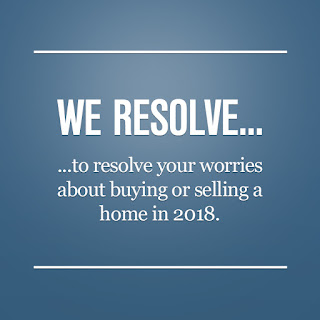 jill grodin
I am an agent who is expert in this local area.I bring a wealth of knowledge and expertise about buying and selling real estate . Here are some of thethings I can do for you. Find Your Next Home You need someone who knows this area inside and out! I can work with you to find the right home at the right price for you, including all the neighborhood amenities that matter - not to mention the essential criteria you have for your ideal home . Negociating prices with the seller's agent, a very essencial skill in real estate. Sell a Home When it's time to move, you need someone who will advertise your home, show to prospective buyers, negotiate the purchase contract, arrange financing, oversee the inspections, handle all necessary paperwork and supervise the closing. I can take care of everything you need, from start to close. Oftentimes buyers don't visualize living in your home the way you do. I can make your home attractive to its ideal audience - which can help you get top dollar. Things like staging the home, making repairs or minor improvements, or even simply painting the walls can be the difference between a home resting on the market and one that's sold fast.